The real cause of all wars and conflicts
Intolerance is an obstacle preventing the experience of God’s light and love and is the cause of all forms of war. It results in the world still not being characterised by peace, joy and blessing for all and everyone. If one looks upon one’s neighbour as an enemy, one will never experience real peace of mind. The only way to defeat one’s enemy is with love and forgiveness. 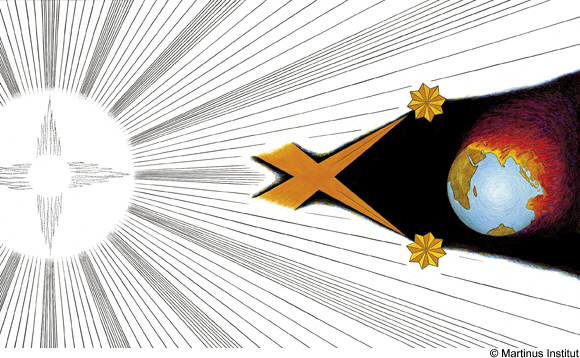 On the evolutionary road from animal to human being, we meet fellow beings on various steps. There are those that are ahead of us in evolution, those that are behind us and those that are on the same step. The various consciousnesses belong to different evolutionary steps like children in different classes of a school. We do not expect the same degree of proficiency of a child in the first class as we do of a child in the final class. Most people can accept that small children sometimes behave in an immature way.

All of us (just like children) have to gather experience before we can use it. When we understand that the root of all evil is merely ignorance – not maliciousness – it becomes easier to forgive. Forgiveness is the way to cosmic consciousness; it is this attitude towards evil actions that leads the way straight out of ignorance and suffering. As the ability to forgive develops, all wars and unhappy fates will disappear from the Earth and the animal will be transformed into a human being.

The cross of flames on the left symbolises God’s all-penetrating and perfect consciousness that maintains the whole universe. It is this all-loving consciousness that all intolerance is in conflict with and hereby cuts itself off from, resulting in the multiplicity of unhappy fates.

Christ was morally sovereign. On the cross he gave expression to his perfect ability to be tolerant, when he forgave his executioners with the prayer: “Father, forgive them, for they know not what they do”.

The two stars show two beings, or two groups of beings or nations, at war with one another. The beings’ lack of agreement is symbolised by the orange rays that are in conflict and are shortcircuiting each other. The two rays can be, for example, adherents of different religious views of the way towards the light.

Intolerance and the wars that are its inevitable result (the world in flames in the symbol) prevent, as is shown by the symbol, God’s infinite love (the sea of light emanating from the cross of flames) from spreading out over the Earth.